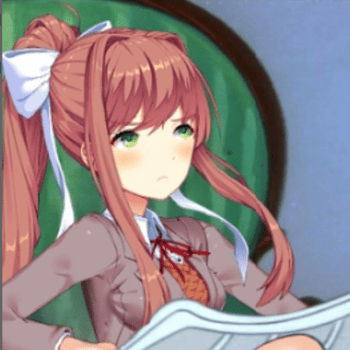 I'm the host of this site, Lettuce.it, the creator of Cobbler Droid OS, the app hub, and LCTapps/1994 studios and I even have my own YouTube channel! just look up Lettuce Cobbler Twinkie on YouTube!

Hey sh!t@ss wanna listen to a good song? Check out this

📄 Posts
126
👪Groups
7
👀 Followers
13
👥 Following
22
hello user, why are you highlighting me? this is a note for lettuce: copy paste loooong text and set the speed to 150 if the site is being updating

nothing to show here...

We're decked for the holidays, are you ready to end the year?

2020 is a big pain in the bum, so we decorated our network so there's a bit of hope and happiness before 2020 ends.

Also... Are you staying at home and washing your hands? Do you know how you are going to celebrate the holidays safely? Let us know, put it in a post. Again, happy holidays from Lettuce Cobbler Twinkie and LCTapps/1994 STUDIOS!

Liked by SlomithYT/JP and 1 other

Hello guys! This network started to become rapidly active again, but some people might've ran into issues with posting content here. I am going to clear up the confusion and also try to fix the issue. It's an automatic moderating service. I set it up on the network a few months ago and must've tweaked the settings incorrectly because it's auto-reporting posts which I have to manually approve. I am not always moderating this network because I have to do other things with my life, so I am going to modify the settings so it will stop doing that.

It's clean up time, guys.

It's been a while... And I noticed the network kinda died off too. But trust me, I'll not create ANOTHER network for that, that's stupid anyway.

Network cleanup? What is exactly going on?

Below is a table I made which I'll probably update later

Liked by Jacob Mackay and 7 others

Bugs, updates, and issues with LCTapps

Hello fellow users of Lettuce.it, or any other LCTapps services.

LCTapps is currently going through some bugs, I'll try to fix them shortly.

Also, a new service called the LCTapps Marketplace will be making it's debut when the bug is fixed. If you have Discord, join my server (link is in the LCTapps bar on the top left. it's the discord logo icon) I'll try to provide details to my fellow users.

Another bug I found was that the homepage was not at all working in CSurf Browser when in the app hub, or running by itself.

Updates for Lettuce.it will be postponed until these bugs are somehow fixed or when the school year starts again.

Another update that is coming up is the new security feature to CSurf Browser. What is this? Let's quickly go over it. The security feature is a way to prevent school students from using CSurf Browser for unblocking sites. I'm trying to present/promote LCTapps services to a larger audience and my first target is school, and the school district if possible. And in order to do this, I cannot present any of the LCTapps services as a unblocking tool or the school will block all of the services if something isn't right or suspicious.

How does this security thing work?

A long time ago, before i made Cobbler Box OS, or Cobbler Droid OS (CDroidOS for short) i made a simple coding project where you would be prompted via a chrome alertBox and would have to enter a password to open a specific website.  I'm going to use a similar version but instead of the browser opening in a new tab/window, it will remain in the dedicated app it's in on the app hub, or page. The password will change VERY often so if a student shares the password, it will not be valid after a specific amount of time. I'm planning on changing the password once a week, but if things are bad, it will be 2 days a week or even daily. I might need helpers who can code a little bit in HTML, CSS, and maybe JS. In order to join LCTapps, please email lcteatsoatmeal@gmail.com

Now with bad news out of the way, I have GOOD NEWS! :)

I'm currently making a game via Google Slides (yea you aren't hallucinating I'm using Google Slides) and it's codename is the LCTapps VN (visual novel) project. You can check it out here.

Welp, this sums up the updates and bugs and stuff. Thanks for signing up for Lettuce.it, and being a LCTapps user, and thank you guys for being my friends!

How is the dark theme for Lettuce.it?

I have put 2 days into endless edits for this page!

Modifying the element properties with CSS, looking for help online.

And at the beginning of this effort, I had no idea on what I was going to do!

Later on, I knew it was possible.

There are still UI bugs, but I'm working really hard on fixing the little errors.

It's still working out fine, but again. New things=new problems.

If you ever run into any issues while using Lettuce.it, click the blue chat bubble on the bottom-right corner of the page. Please send screenshots and try to describe your issue!

If there isn't a bug, and you just want to give your opinion about the new dark theme, let me know with the blue chat bubble on the bottom-right corner of the page or email me (email link above, just click on it)

Well, I don't know what else to say, I'm honestly proud of myself bc I put SO MUCH effort and soo much time into this.

Also, I learned a little more about CSS since I worked on this. Isn't that awesome?

Well, I now have to close this awesome announcement letter, so that kinda sucks.

Liked by Yum Candy and 1 other

This is Lettuce (Connor Llanes), the developer of Cobbler Droid OS.

I have not done much with CDroidOS lately, but when I will have the time to, I would like to provide updates for Cobbler Droid OS.

Some people have asked me if there is a way to add Games to CDroidOS, and I already added a Games button to the overview section (square button on the navbar), but there is no page for games. It will just give you a notification saying "Not available yet."

I need suggestions on what webapps, games, and page UI for CDroidOS.